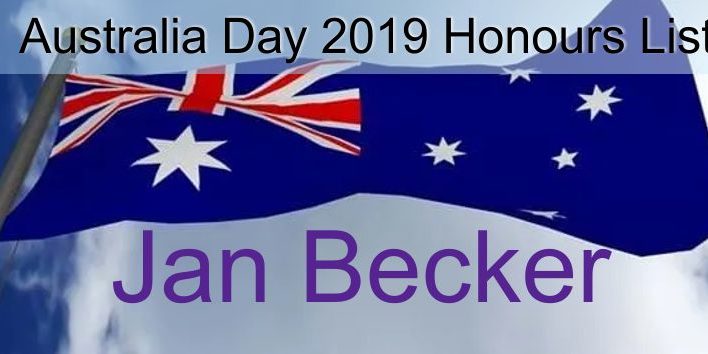 Congratulations to Jan Becker who was recognised in the Australia 2019 Honours List.
Awarded with the Member in the General Division of the Order of Australia.

MEMBER (AM) IN THE GENERAL DIVISION OF THE ORDER OF AUSTRALIA

For service to community health through neonatal organisations, and to aviation.

Awards and recognition include:

This site uses Akismet to reduce spam. Learn how your comment data is processed.